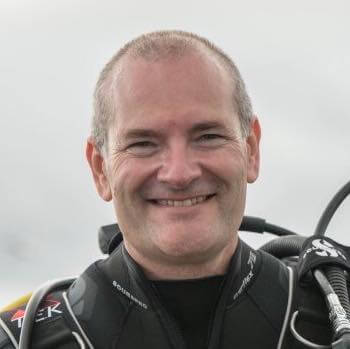 Throughout his diving career Mark has accrued over 25 different scuba diving certifications and logged around 3000 dives.  He started diving with Adelaide Skin diving centre with NASDS in 1988, crossing over to the Padi community in 2010, diving in the deep water of several countries throughout our blue planet.

In 2016 Mark was awarded the accolade of “achievement and support to scuba diving in South Australia”. Mark is also one of the MC’s at OZTEK, the premier conference for diving Australia.  Mark can also be heard on local radio discussing all diving and ocean matters. Scuba Diving is one of Marks obvious passions, aligning this with others in his founded charity, Dive for Cancer, weekend time spent with his friends and family on local reefs and wrecks and almost any opportunity to immerse and lose himself in the depths of the ocean. 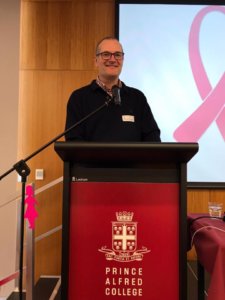 Mark has also taken the opportunity to work alongside the Rodney Fox Foundation, who aims to inspire the appreciation and understanding of great white sharks through research and education.  Here he has found a sincere admiration of these fantastic animals and the amazing people who have dedicated their lives to this cause.

Yet surprisingly not only a diver, Mark splits his work life as owner/operator of large commercial furniture factory in Lonsdale and large retail furniture store in Mile End, employing over 50 South Australians, advancing and backing the South Australian economy.

Away from work and water, much of Marks time is spent working with the charity he established in 2013; Dive For Cancer, a charity which has now impressively grown to several Australian states and beyond to include New Zealand, Sweden and Belgium.  All of his charity’s funds raised over the last 5 years which is well in excess of $100,000.00 have been awarded to Cancer Council SA and the aid in the continuing fight against cancer.

He is also a South Australian Cancer Council Ambassador and can found guest speaking at various functions around in and South Australia including a large event held by the South Andrews Hospital breast cancer day. On the 25th February 2018 he was awarded the PADI “Outstanding Contribution to the Diving Community”

Mark can also be heard chatting on our local radio stations every month about all things related to the ocean and diving. 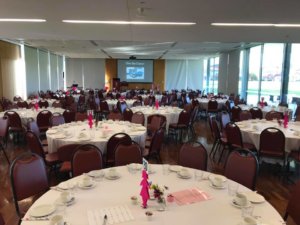