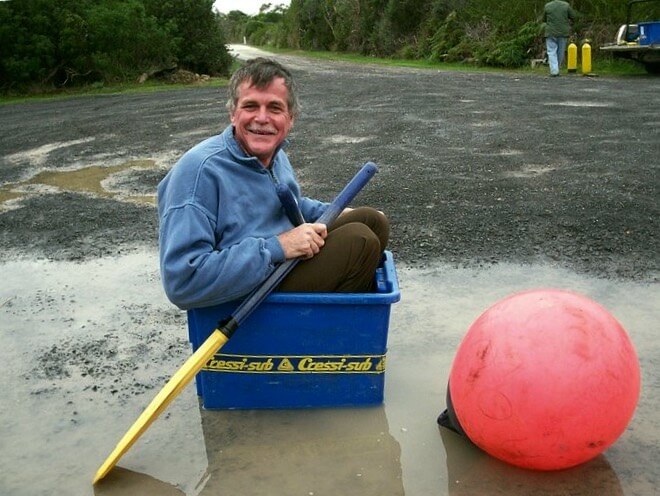 Ken has almost 40 years of diving experience and over 30 years as a cave diver.

Ken learned to dive whilst working in the UK in the mid 1970s. On return to Adelaide he soon became interested in cave diving and gained his first cave diving qualification in 1980 with the Cave Divers Association of Australia (CDAA). He has been an active cave diver ever since. He regularly dives the caves of Mt Gambier and the Nullarbor Plain. He has made many overseas cave diving trips to Florida, the Bahamas, Mexico, New Zealand and Germany.

Ken’s interest in electronics has resulted in several devices to assist with underwater cave exploration. The “Pinger”, a radiolocation device specifically designed for mapping underwater caves, has helped develop accurate surveys of water filled passages in Australia, Florida and the Bahamas. For this work Ken received a science award from the NSS-CDS in 2011 and a member achievement award from the CDAA in 2013. In 2012, Ken’s “Buzzer” allowed communication with divers returning from the depths of the Pearse Resurgence in New Zealand. In 2014 his scooter mounted cave logger allowed mapping of deep passages in the Pearse Resurgence. These devices have secured him a place on many cave diving expeditions in recent years. Ken is currently planning to work less to allow more time for cave diving.