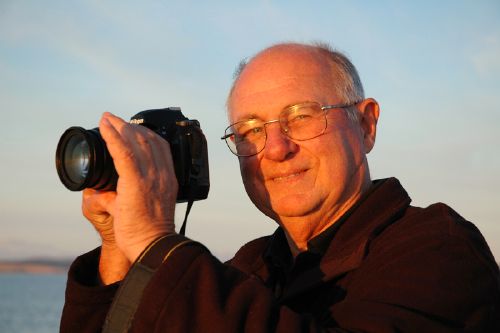 Rodney Fox was born in Adelaide, South Australia in 1940. From a very early age, when his father would take him fishing, he felt a real infinity towards the sea.

The Fox family lived in a market garden area. Their neighbours owned a large concrete water tank where Rodney and the neighbour’s son taught themselves how to swim. They played underwater chasey like water rats.

Through his teens, he spent countless hours spearfishing, bringing home fresh catches of fish and lobsters. This was much appreciated by his mum, dad and four brothers and sisters.

He became the South Australian Spear Fishing Champion in 1962, and married the love of his life, Kay in 1963. Four months after his marriage, while defending his state championship title, he was attacked by a Great White Shark of Aldinga Beach, 50km south of Adelaide. The events of this attack are unbelievable, and detailed in Rodney’s book ‘Sharks, the Sea and Me’.

The fact that Rodney survived is amazing, and due to an incredible set of events that aligned fortuitously in his favour. To this day, the attack is regarded as one of the most severe ever to be survived. In total, Rodney had 462 stitches in his chest, and 92 in his right hand and arm.